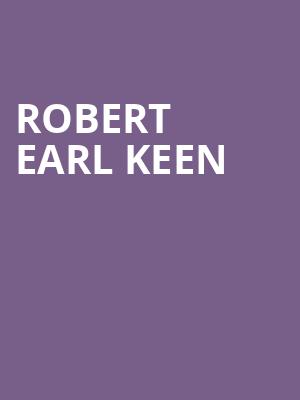 ONE OF THE LONE STAR STATE'S BIGGEST STORYTELLERS

Texan born-and-bred Keen was one of the large contingent of talented songwriters who emerged in Texas in the 1980s and '90s, and struck an unusual balance between sensitive story-portraits ("Corpus Christi Bay") and raucous barroom style ("That Buckin' Song"). These two song types in Keen's early output were both characterized by a sarcastic and ironic sense of humor that strongly influenced other early practitioners of alternative country music.

Keen's 1993 release, A Bigger Piece Of Sky, gained wider acclaim, both amongst fans and critics. Over the next two decades, Keen would continue to write, record, perform and tour. Today, Keen is popular with traditional country music fans, folk music fans, the college radio crowd and alt-country fans.

He's collaborated with both Lyle Lovett who he counts as one of his friends, and a young Gillian Welch provided vocals on his 1994 release, Gringo Honeymoon. With kd lang and Nanci Griffith counted as his contemporaries, his last album Ready for Confetti in 2011 was cut with famed producer Lloyd Maines, and has been hailed as his "most inspired and focused project in nearly 20 years" (All Music).

Photo by Chris Briggs on Unsplash

You may be required to have had a COVID vaccine in order to attend this performance or show proof of a negative test. Please contact the venue directly for more information on this.

About Galveston Theater: We are an independent show guide not a venue or show. We sell primary, discount and resale tickets and prices may be above or below face value.

View all times and dates

Sound good to you? Share this page on social media and let your friends know about Robert Earl Keen at Grand 1894 Opera House.